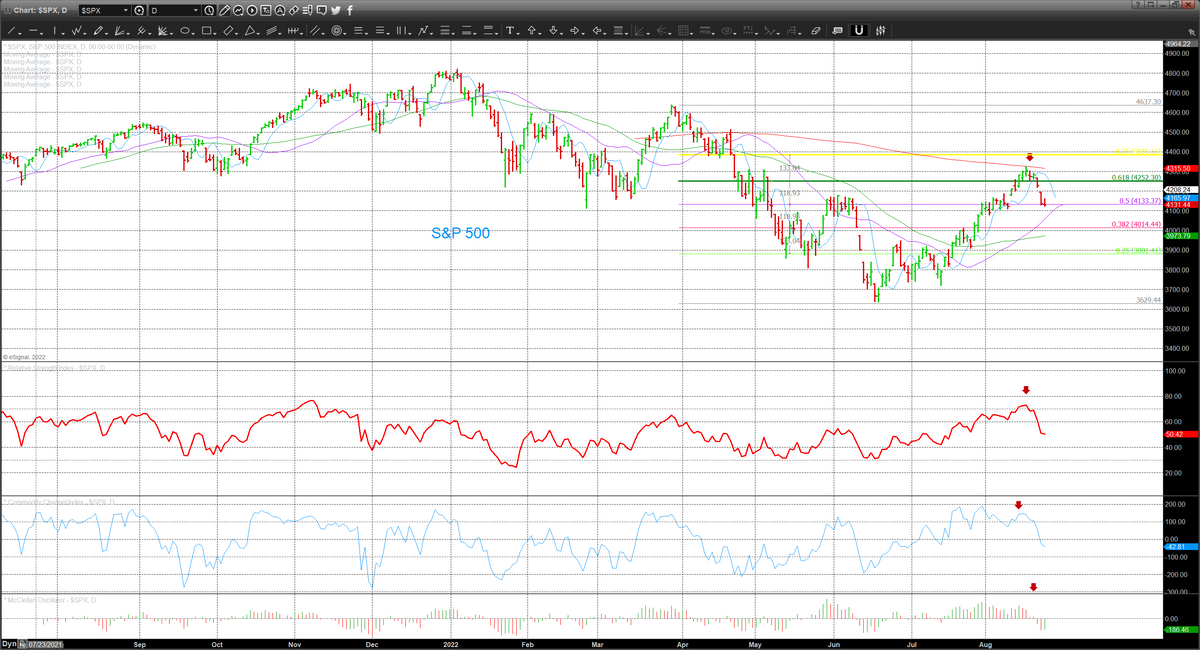 The stock market rallied higher from mid-July to this past week. We suspected and believe it was just another rally attempt within the confines of a “Bear” market.

A few "up" days – or even a couple of "up" months in the middle of a bear market can play with one’s emotions. It might feel like the market has finally turned the corner, but it’s wise not to get caught up in the euphoria. The “FOMO” (fear of missing out) can be very dangerous and it could lead folks to chase returns that might never happen.

Of course, we would love to run headfirst back into buying as I'm guessing most folks would like to as well. However, we are waiting for a sign. Not just any sign, either.

Yes, recently three related pieces of economic data did “ever so slightly” point toward a potential solution to our inflation woes...

Second, the Empire State Manufacturing Survey for August conducted by the Federal Reserve Bank of New York showed that manufacturers are paying less to produce goods. They're now at the lowest level since January 2021.

Finally, the Consumer Price Index ("CPI") indicated that inflation only increased 8.5% year over year in July. Of course, that's down from the peak (at least so far) of 9.1% in June. The thing is, despite the recent rally, strong headwinds remain.

The Fed's plan going forward is critical. If the Fed decides to ignore "lags" and continues raising interest rates, it could throw the economy into a deeper recession. If the decline in the CPI over the past month was only because of falling energy prices, then it's a "fake out" and we're still at risk of high inflation coupled with lower market levels.

That could push the media into a dangerous frenzy and if the media decides to change its mind and declare that we're living through an actual recession, investors will panic and begin “running for the exits.” On the flip side, if the Fed relaxes its stance a little bit, the good times could continue. That's the sign we are waiting for and we “firmly” believe it's the right sign before moving from cash and diving headfirst back into the market.

In the meantime, we will continue holding onto substantial amounts of cash.

From a “technical” aspect, please note that three of the many indicators we utilize (at the bottom of the attached chart) were indicating the market had once again reached an “over-bought” level last week. This has helped confirm everything mentioned above.