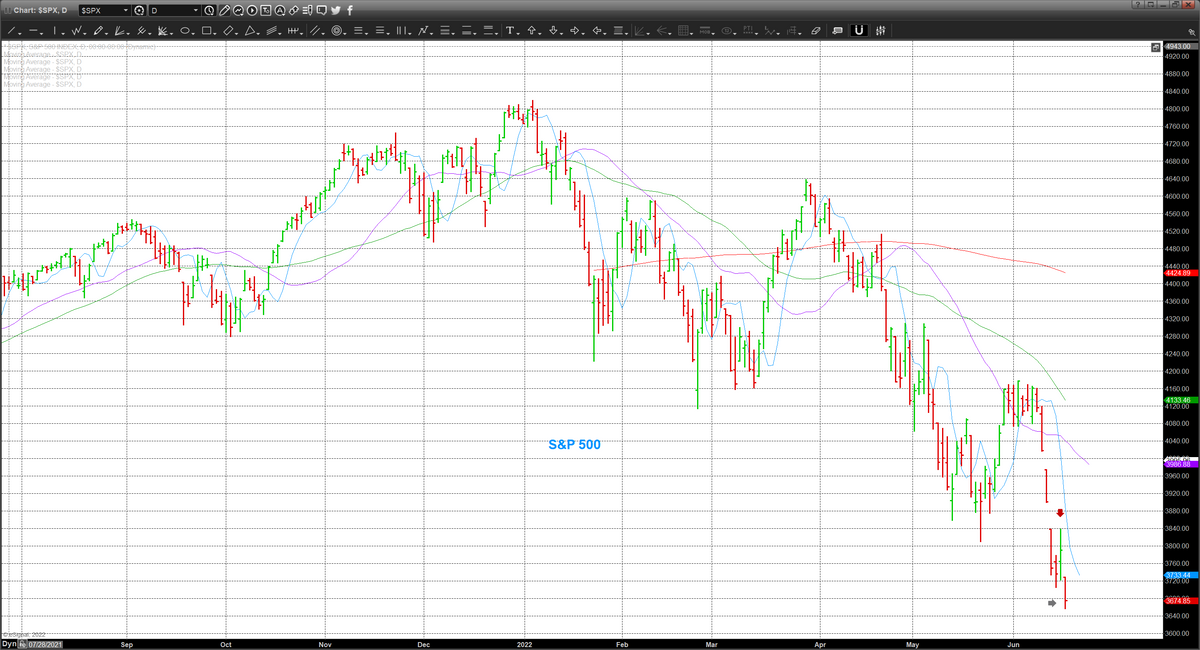 The Fed has spoken

There wasn't much of a market reaction yesterday when the Fed increased the rate another 75 basis points, now at 1.60%. The Fed Chairman, Jerome Powell, mentioned a few things that are important for every investor to know. First, he not only has the tools to eventually curb inflation, but he's committed to doing so over the next several months. You may ask why haven't they raised rates more aggressively? However, nothing would tank these markets harder and faster than getting too aggressive with interest rates.

Unless a big unforeseen geopolitical shoe were to drop, the Fed can and likely will get inflation back down to its 2% target.

We look back to 1994 & 1995 when the then Fed Chair, Alan Greenspan, raised the rate from 3% all the way to 6%. The markets finally bottomed and went on to rally for the next five years. This provided a very soft landing for the US economy.

Considering where the rates are now, there's plenty of runway for the FOMC to work inflation lower by modestly increasing rates over time. Even at 4% or 5%, rates would still be low enough to support much higher levels in the market.

We (and other technical analysts) see the possibility of an “ultimate bottom” if the Dow reaches the 28,000 level & the S&P 500 reaches the 3450 level. This would equate to approximately 7% from where we are now. Is it possible we could rally from current levels? Yes, but it more than likely will just be a bear market rally and not sustainable.

Again, history has a strong tendency to repeat itself. The only things that seem to change are the characters, the reasons, and the technology. In conclusion of these events, markets always end up making new all-time highs. We are still convinced that the next big move up in the market is going to be prettyparabolic (meaning it will rise very quickly).

Therefore, we're going to continue to hold cash and wait for any extremes in either direction. Then we will either short or go long. It will all depend on whatever looks attractive at the time. For now, we're not interested in buying anything and are focused on preserving capital.