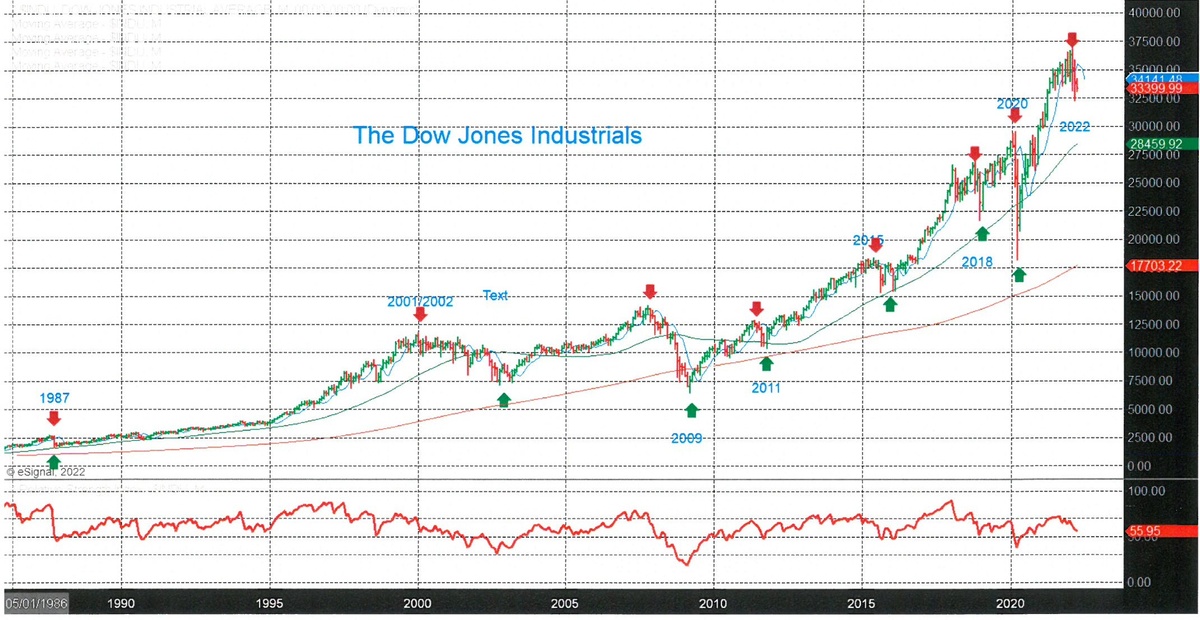 Long-term overview of bull and bear markets providing more emphasis on the latter.

The market has had two major lows this year, January 24th and February 24th. The most recent being the most important to investors and market technicians. Meaning even with the two subsequent and successful “tests” conducted on (March 8th and 14th) if the February 24th low is breached to the downside, there could be much lower levels ahead for our markets.

At this juncture, our focus is the preservation of capital, healthy amounts of cash, and lots of patience until the “market” signals what “it” is going to do.

It is important to remember, 2% - 3% of corrections (dips) happen on average around 2 to 3 times per year, while 8% - 10% of corrections happen maybe one time per year. The major sell-off of 20% typically only happens every 3 to 4 years.

In summary, contrary to the “media hype that this sell-off is unprecedented” it is in fact, “inevitable.” The only “unprecedented” aspect of this sell-off is the ongoing war between Russia and Ukraine. This has been exacerbated by the uncertainty of what weapons Russia may introduce. Nuclear or chemical weapons would (in our opinion) truly “rock” the market. Hence, the reason for extreme caution at this time.

The correction we are now experiencing began in late November with the COVID variant, Omicron, and has become worse as time has passed. Now we have the Russia/Ukraine war leading many investors to seek “risk-off” type assets. This all coupled with the majority of equities being extremely over-valued brings us to the present.

Well, I believe we all can spell COVID for this “flash crash.”

This 9.00% fall was due to fears of economic tightening after many years of accommodative low-interest rates. The Fed implemented a tighter monetary policy, intensifying trade war issues with China which in turn created the worst December (market-wise) since 1931.

Oil prices fell below $27 per barrel (WOW!!!!). The Fed began raising interest rates plus there wasn’t much economic growth in China which resulted in high market volatility.

Fears of the European sovereign debt crisis primarily with the ‘PIGS” (Portugal, Italy, and Greece) coupled with the downgrade of our (U.S.) credit rating were the culprits of this downturn.

This sell-off was due to the countless defaults on mortgage-backed securities which turned out to be nothing more than “junk debt.” The entire financial world almost collapsed.

This sell-off was due to several issues including, the collapse of the “dot com bubble,” the 9/11 attacks, and a series of accounting scandals at major corporations.

Please see the attached 35-year chart of the market dating all the way back to 1987 depicting what was referred to as “Black Monday.” This was precipitated by hostilities in the Persian Gulf, the fear of higher oil prices, and the market had been in a Bull market for 5 years.